How You Too Can Put the "Play" in Playtech 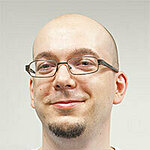 On a busy afternoon in the biggest IT company in Tartu, my boss walked up to me.
“You got an hour or so?”
“Sure.”
“I have a very important task for you today. I need you to come and play with LEGOs.”

I entered a room filled with a huge table and several large boxes full of LEGO blocks. A few people were already in action, building something. Allan, a fresh developer with a wispy stature had filled the whiteboard with scribbles, indicating a considerable brainstorming session. The whole thing looked like a kindergarten for white collar workers.

This is definitely not the image that people have of large enterprises. Big IT companies are supposed to be serious places for serious people. Nothing could be further from the truth.

HR needed something cool to display at industry events and job fairs. We needed to build something that would attract people into our booth. LEGO bricks are the closest real-world equivalent to coding. The basic building blocks are in front of you and the only limit is your imagination.

What attracts your average IT engineer? Interesting things, mostly, like technologies used in new ways. Geeks are curious and competitive. The plan was to build a 1m x 1m LEGO racetrack and have players compete against each other on the longest track length possible.

Allan constructed a battery-powered car, much like a lunar rover. It ran on rubber tracks, because the wheels would slip on plastic. Maximum traction ensured, we integrated the car with a controller. It was easy to control - two joysticks, one per each track. That’s what a good game should be like - easy to pick up, hard to master. The race track needed to be challenging, so we added a few traps and obstacles.

To avoid putting a guy with a stopwatch next to the track, we digitized it. A Raspberry Pi minicomputer was affordable and small enough to incorporate into the track. It was also capable of measuring inputs from magnetic sensors. These sensors were placed on the start/finish line, and the rover had a magnet installed. As soon as it passed over the sensors, it would register. It took about three days to get it all together, but at the end, the guy with the stopwatch no longer had a job.

After some testing we realized that the game was only kind of fun, as it was too easy to hit a good result. Long term playability was under question.

It became clear that we needed to amp up the challenge somehow. We added additional magnetic checkpoints running off a series of implanted sensors. You would have to drive the rover, now equipped with magnets at both ends, close to these sensors to register a touch. Each touch would give you points that count towards a better final time. Immediately, we discovered a classic UX problem - no user feedback. The race track knew when the checkpoint was passed, but the player didn’t.

Building visual feedback clues would be too complicated on such a small track. How about auditory ones, then? A few weeks later the prototype was in full action. As soon as a checkpoint was activated, the Raspberry Pi track computer played back sounds from Carmageddon, a brutal racing game from 1997. It also counted down to the start of the race and welcomed you at the finish line. Something was still missing though. It was weird listening only to the announcer’s voice.

Someone suggested adding background music. That was ported over from another 90s classic racing game, Screamer Rally. It had a cool techno vibe. Now the game was officially fun. People spent hours at the office trying to outdo each other’s times, which we took as a good sign. The same story continued at TopConf Tallinn, the first public event where it was played, with over 200 participants giving it a go. The lucky winner went back to Italy with a Playstation 4.

1st place winner looking happy with his prize. He made over 50 tries to improve his time.

In the end, working on the LEGO Race took a team of 7 people around two months. Everything was done as immediate work tasks allowed, in the office, during working hours. Big companies like Playtech have the luxury of offering opportunities for people who want to peek over the edge of their respective roles.

It was one of my coolest experiences at Playtech. For a couple of months, I got to say I went to work to play with LEGOs.