It all started in February 2020 with an email from our athletic colleague Taavi that called up for a running challenge. The challenge was “Tipust Topini 2020”, just a meager 337 km of relay running across Estonia in teams of 10 people, from the top of the tallest Estonian hill Suur-Munamägi near the southern border to the capital of Tallinn in the north.

More co-workers enlisted than we had available positions for, so we managed to put together a strong team from Playtech consisting of participants from many departments. As a result, we hoped it would be an event for the whole Playtech to follow, an extreme company-wide team building exercise, if you will.

As with many things in 2020, so was “Tipust Topini 2020” postponed and changed to a different date. Therefore, we needed to make some changes in the team and put the “backups” into the main runners’ team. However, the backups were just as enthusiastic and willing to participate in this craziness.

Preparations and building the right mood

The training began. After all, each member was supposed to run about 33 km split between three stages, except for our team lead Taavi who needed to run as much as 43 km.

To prepare ourselves mentally, we watched Rocky movies for inspiration and studied the book “Born to Run” by C. McDougall to learn the secrets of running. But surprisingly, what suited us best was just the normal group run with a suitable pace for everyone.

The mutual support of the group members began long before the start of the race. In reality, it is not a race, it’s not timed, there is no podium, just the pure pleasure of running without sleep for 36h (or maybe a few) - fun, right? There were 55 teams with 550 members and the registration limit was full in a few days.

And then it all began

Fast forward 6 months to August 8th. Alarms were set so we could arrive at the office at 6 AM to file into two cars (Taavi, Peeter, Timo, Marju & Triin in the first car and Valdo, Veiko, Ivo, Anneli & Otto in the second) and make it in time for the grand departure from the top of Suur-Munamägi.

We were all excited and a little worried since many of us hadn’t experienced anything like it. On top of the distance and sleeplessness we were worried about the forecasted summer heat, a pleasurable news for anyone with the option to go to the beach, not so much for running. But it wasn’t a race, right?

The start was in waves according to the average pace of the whole team. We were team number 17 and we started in the fourth wave.

There were no organized service stations throughout the course and the feeding and more importantly drinking was left up to each team to organize. And boy did we organize it well! A station every 2 km, more frequent if requested, to drink, eat, and provide a video comment in case of interest. When one car got lost (they really did lose their car member) then the other car stepped up and provided the roadside service without problems. Different car, same team.

Fun happenings from the race track

The adrenaline was high and it was fun, until it was your turn to run. The heat scared some of us and rightfully so. One of us hit against a “wall” a few kilometres from the stage finish, but climbed over the wall and finished exhausted. Another one had tunnel vision for a nearby lake at the end of her first stage, to cool off. She didn’t care about anything at that point, but not for long, another member needed water too, so we had to drive along. On the first day the worst enemy was the sun.

This event is a good place to find running mates for life. For example, Triin found such a good running partner that she was willing to suffer a little too fast a pace in order to finish together. She did suffer because of it afterwards, but friends are for life, so why not try.

When you get tired, you start making mistakes. Mistakes on this relay run can give you the pleasure of running more. Peeter, the main driver of the first car did not only lose one of their car members, he lost himself off the right track as well. Another team pointed it out, Peeter took it as a man, shrugged off the extra 2 km, turned around and ran to the right spot. In his excuse, it was dark and close to bedtime on a regular Saturday.

The team that started their second shift around 1 AM had the pleasure of not having a scorching sun above their heads and took turns improving their personal bests. The lack of sun, abundance of falling stars and the cover of darkness gave us wings, we flew our stages.

Our night wings left less time for the other car members to sleep, but fret not, they were not able to anyway. Piled up on a big inside basketball court with all the other participants snoring and moving in and out it was clearly part of the challenge.

The other car experienced the same exact thing, besides Valdo, who chose to sleep in his van. He knew exactly what he was doing. Veiko tried to sleep without much success, finally deciding to go to the sauna instead. Since he couldn’t get his towel from the van. (remember, Valdo was guarding it) he had to dry himself with a hairdryer. No regrets.

The sun was up again in the morning, otherwise the distance would have been probably too easy. Many stages were run side-by-side with other teams’ members to motivate each other not to slow down to walk. It took a bucket of water to keep Otto fresh during his third stage of 16 km. Nonetheless, we finished in Tallinn a little before 6 PM. All were happy, exhausted, but happy about the whole event.

Key takeaways from such a crazy team building initiative

A race like this teaches you a different type of camaraderie where you have to rely on others when you know that they would rather sleep, and you have to help others even when moving your legs is worse than uncomfortable. The help did not only come from your own team members, all the other teams that you passed were supporting you. Either with motivating words, live accordion concerts or the most essential thing - water. Some locals also pitched in with motivating words, nourishments or a tiny dachshund for pace keeping by barking at you from behind.

Peeter’s comment summarizes the before and after really well: “I guess we all had an impression before the event that most of the time we will be chilling in the car waiting for your runner to show up but boy oh boy was that a misconception. THERE IS NO DOWNTIME!!!”. Long story short - “Tipust Topini” is an exhausting and taunting event - sign us up for the next one! A top-notch team building and cooperation challenge is guaranteed!

Veiko - The biggest obstacle was the sun and the heat. The distances were not that long and I didn’t even mind the sleeplessness in the end. We finished well, with smiles on our faces and stiffness in the legs, I hope that’s normal. Everyone was proud of the achievement and I think that all of us said that they were ready to do it again, just not the next week.

Peeter - I had two main fears about this event: a) running relatively long distances (personally for me) and b) driving back to Tartu after being without sleep for 36+ hours. In the end both running and driving went really well (with the exception where I got lost). It seems that adrenaline will keep you up and about for rather long periods of time. In addition I guess we all had an impression before the event that most of the time we will be chilling in the car waiting for your runner to show up but boy oh boy was that a misconception. THERE IS NO DOWNTIME!!! Also it was very educational. I learned four new words: jeps, järks, idekas and lege. To sum it all up: 10/10 would do it again.

Timo - Bonding and having laughs with other teams you run into during your leg - I had no idea it was going to be so much fun. Only to be topped by running through the pitch black of the night next with no other soul to be seen for kilometres, accompanied by clear night sky and falling stars. I have a particularly fond memory of the last run through Aegviidu though, with locals providing refreshments at the roadside, offering to unleash a tiny dachshund on me as the pacemaker should I wish it. All the hardships encountered during the run are quickly forgotten and well surpassed by the beauty of the Estonian countryside, the camaraderie of the teams and the positive emotions you take away from an adventure like this. I can’t wait to do it again!

"A race like this teaches you a different type of camaraderie where you have to rely on others when you know that they would rather sleep, and you have to help others even when moving your legs is worse than uncomfortable." 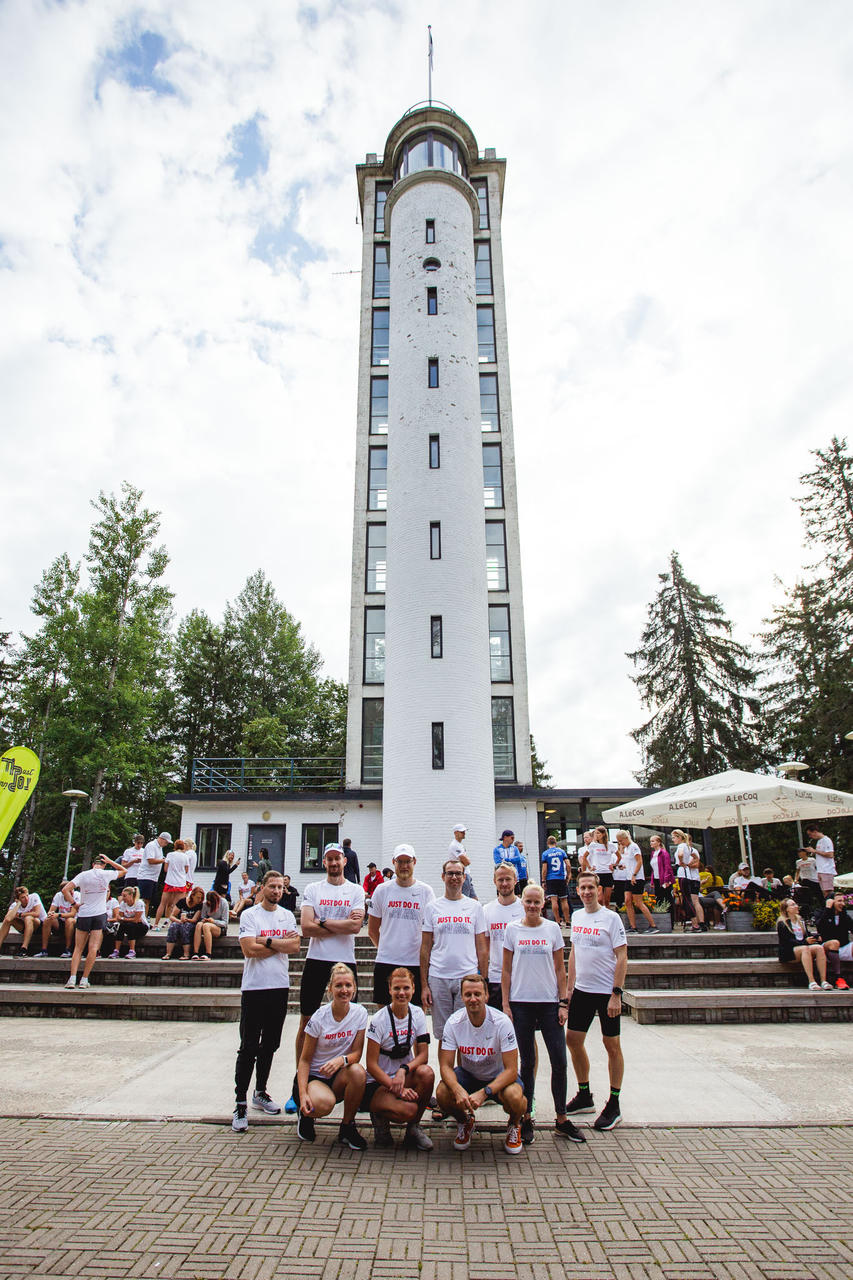 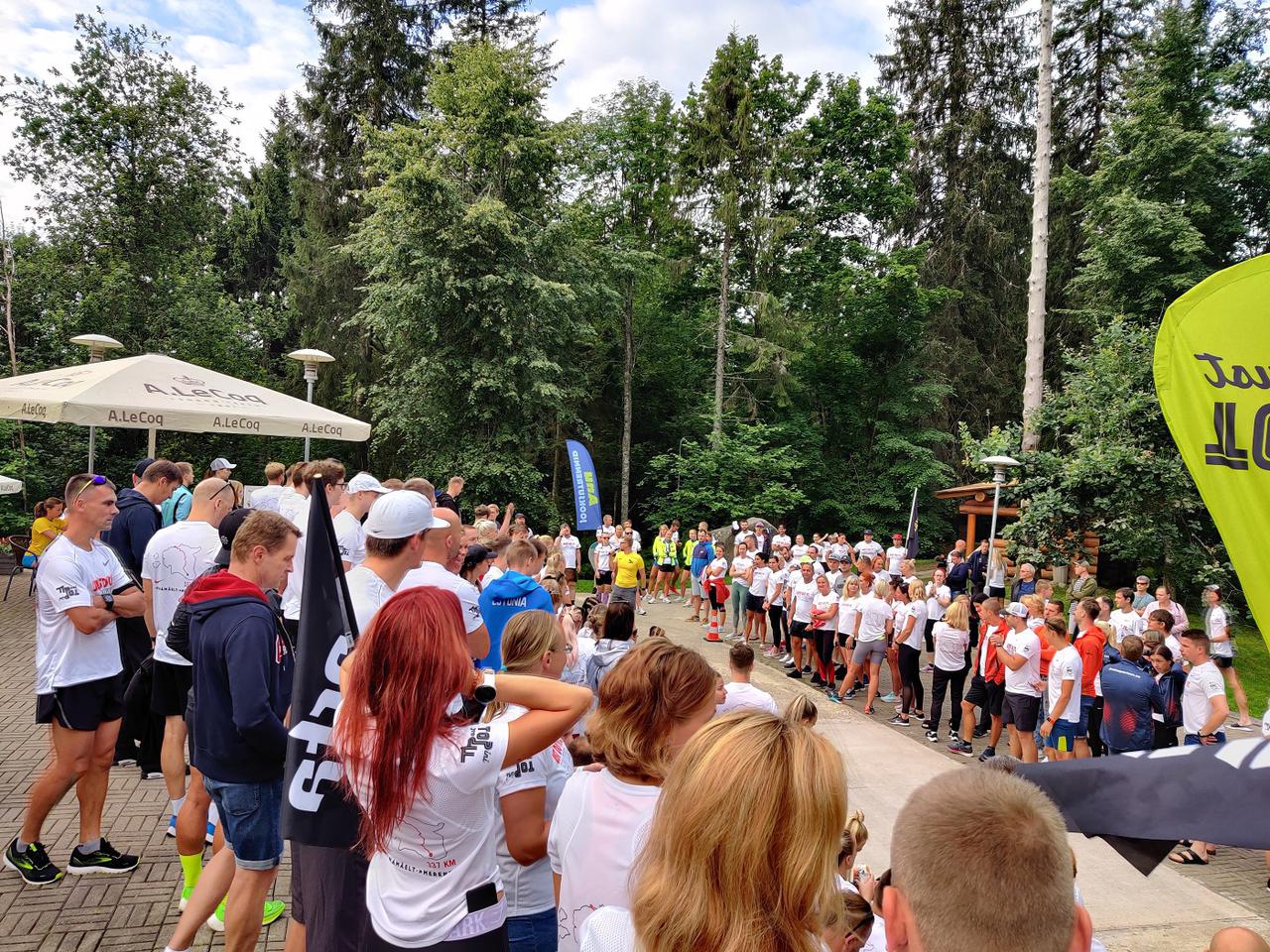 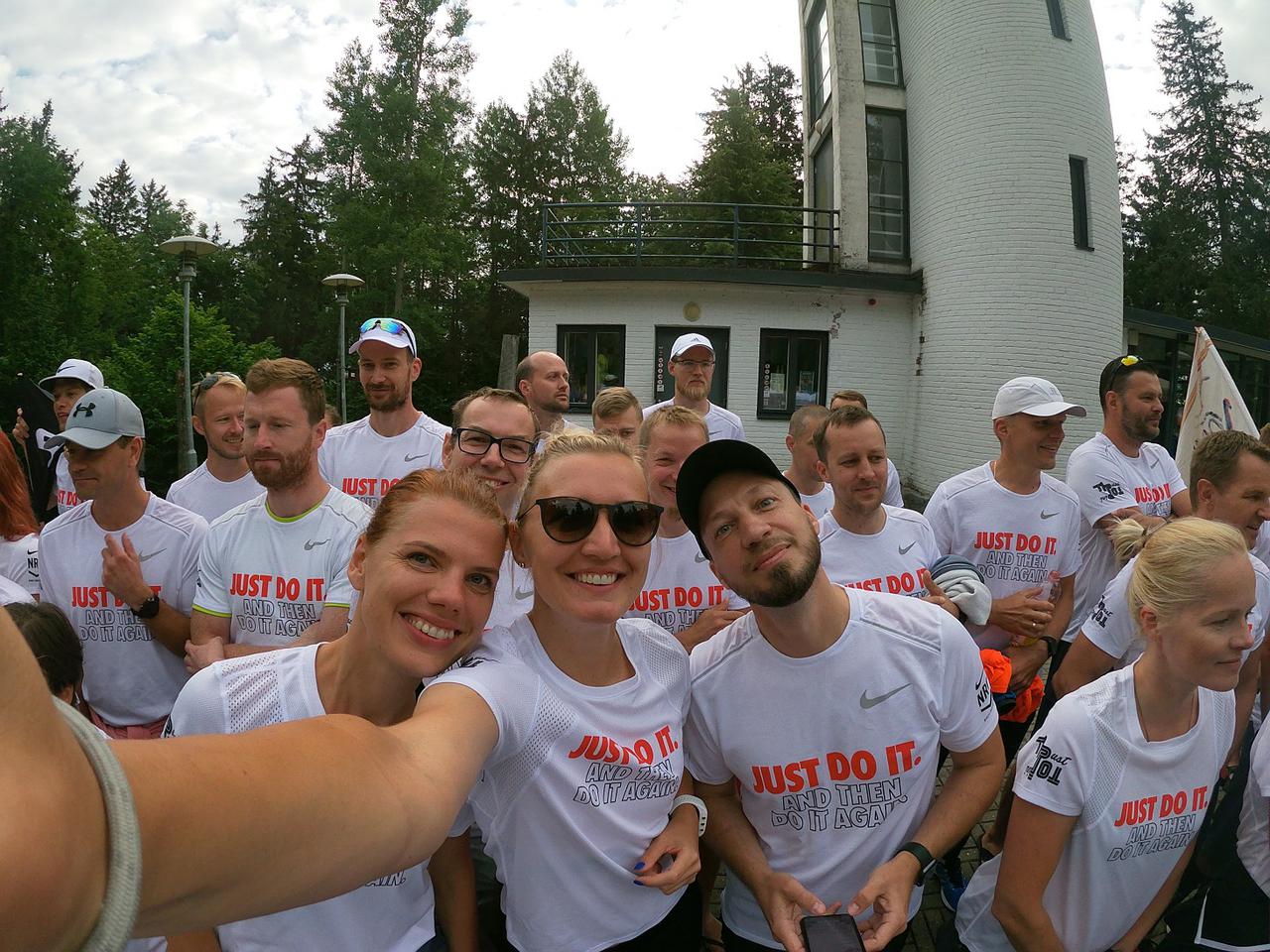 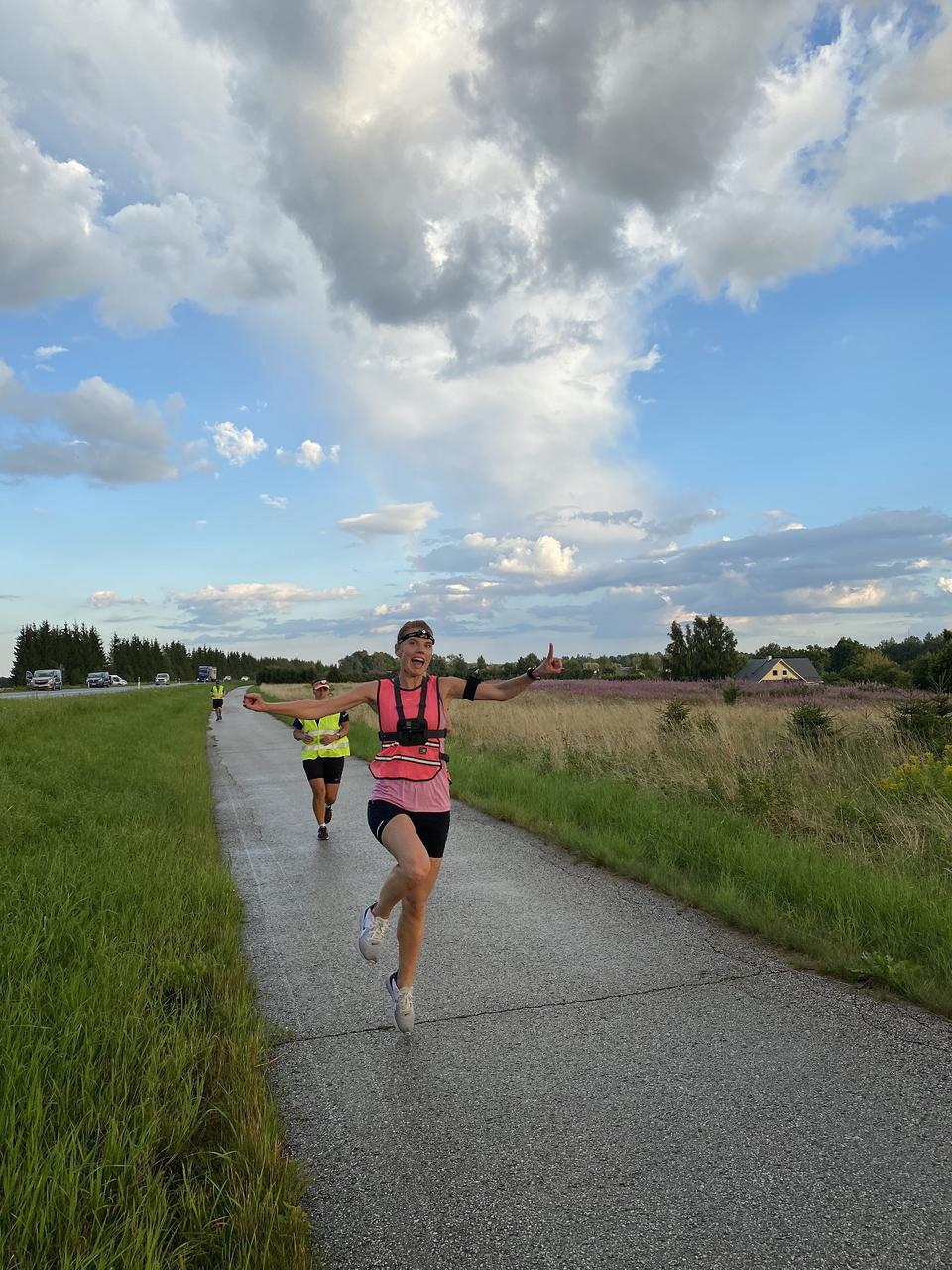 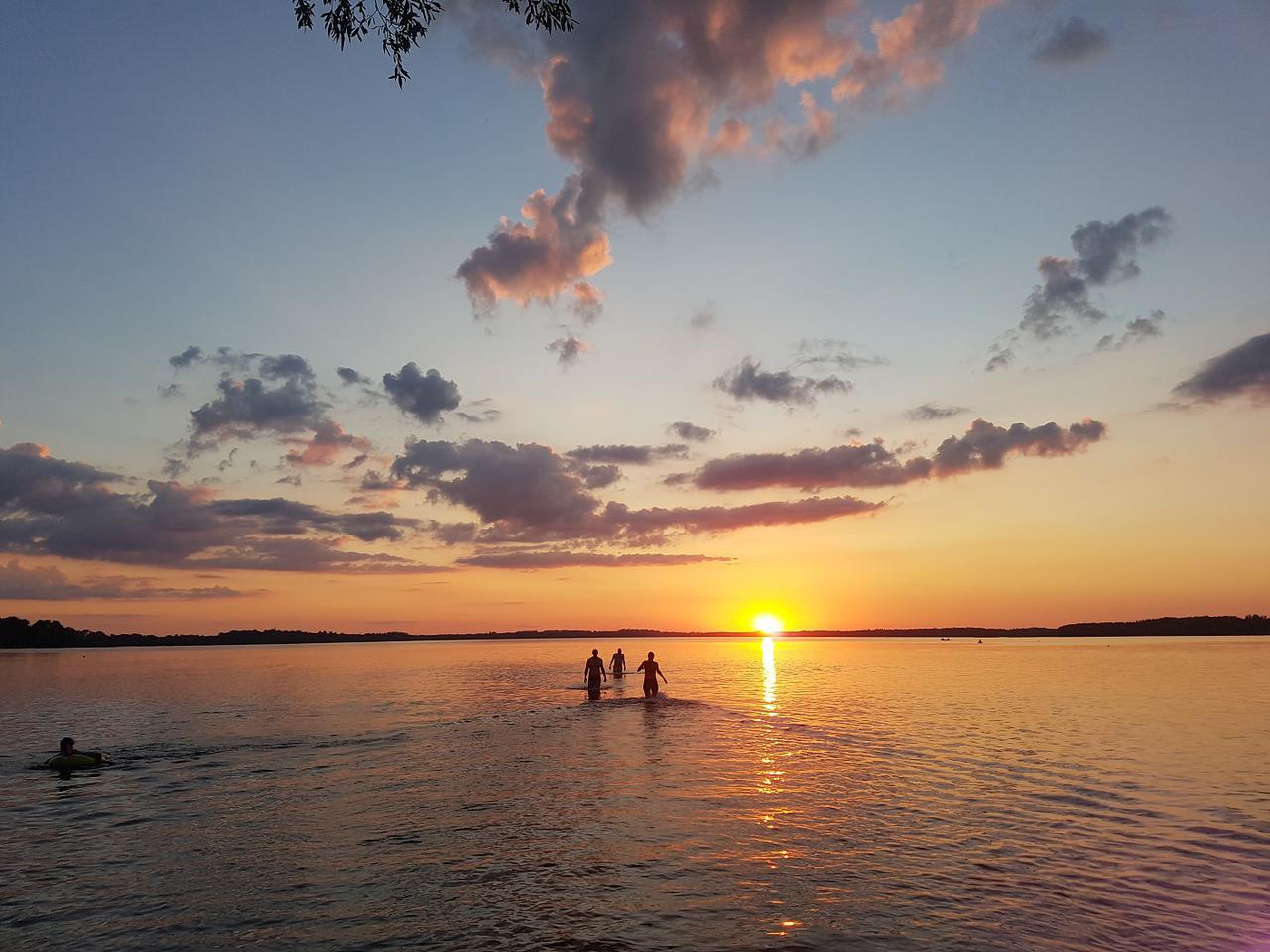 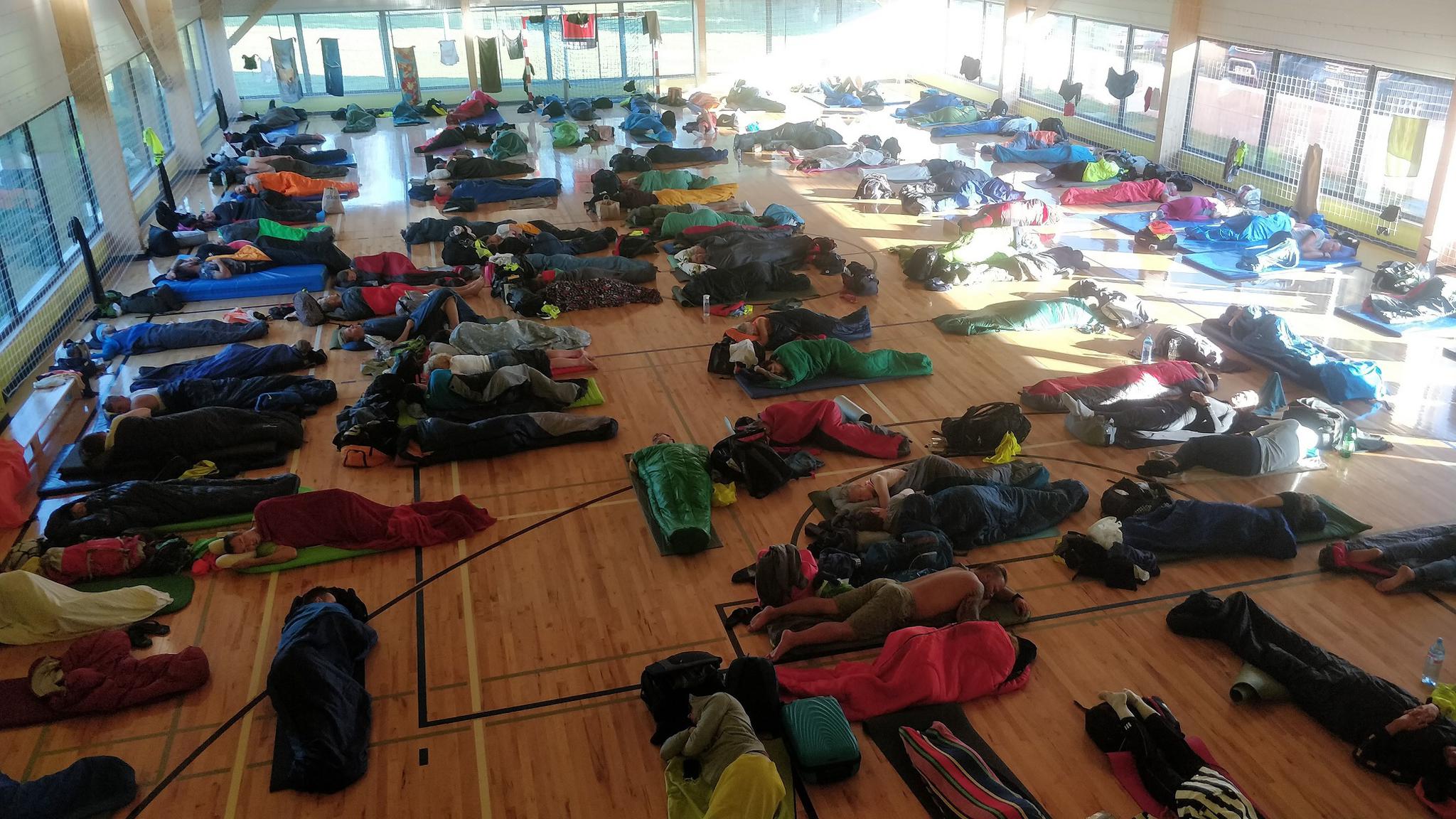 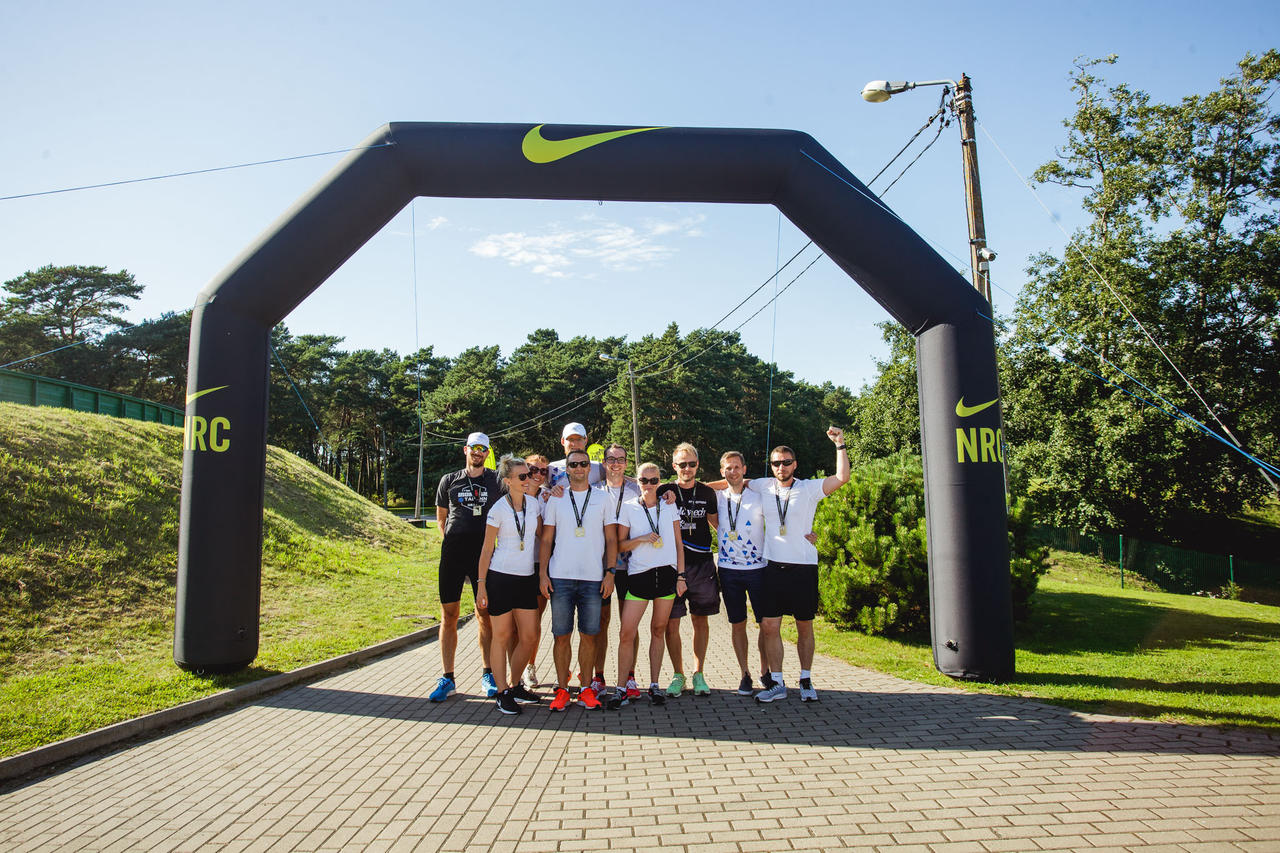 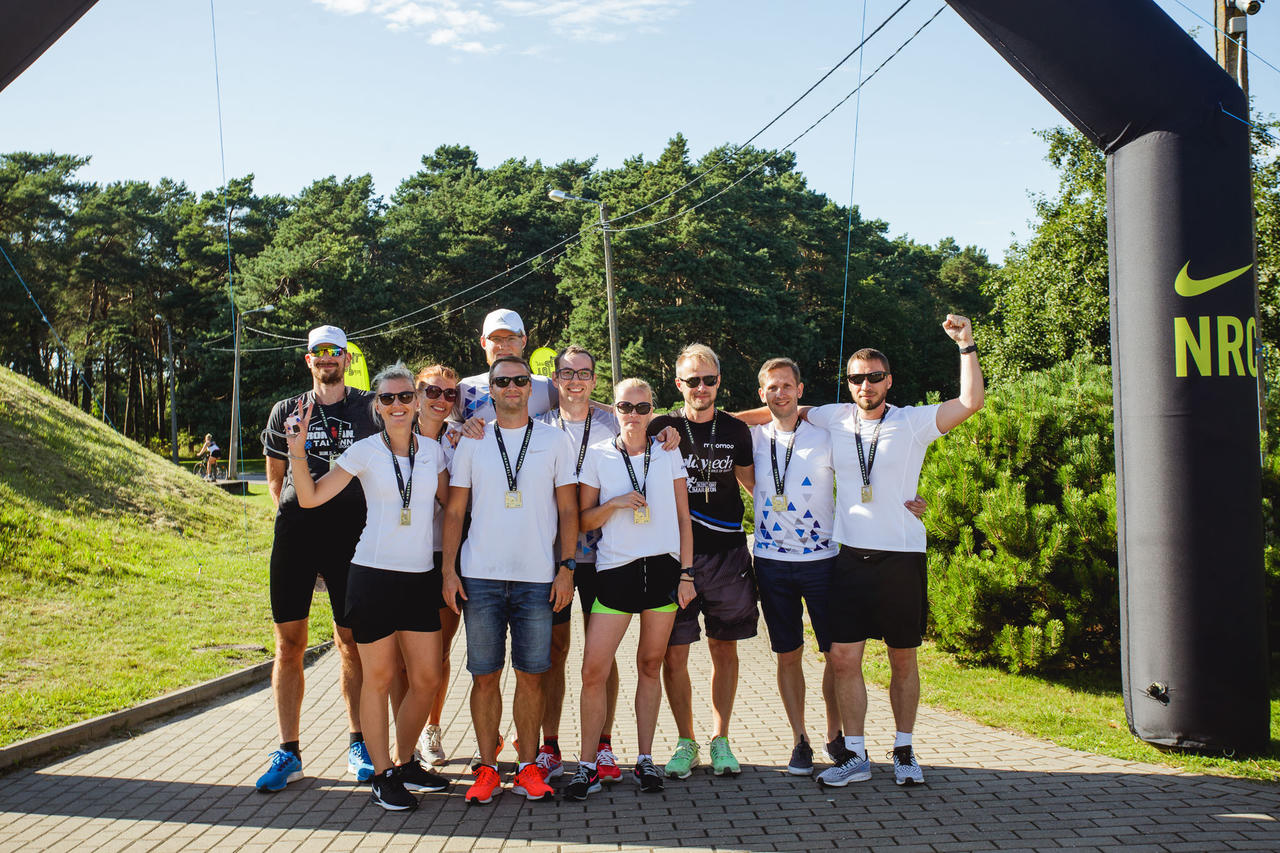 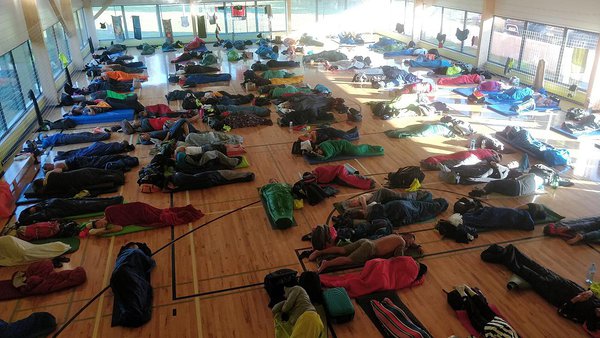 Image credits: photographers Rasmus Kooskora, Aldis Toome, Team Playtech.
Open gallery
By clicking “Accept all cookies” you agree to the usage of mandatory as well as analytical and targeting cookies used to provide you the best possible website browsing experience. You can manage cookie settings now or at a later time under Privacy Notice. Any data collected is anonymised. View our Privacy Policy, section 13.5.